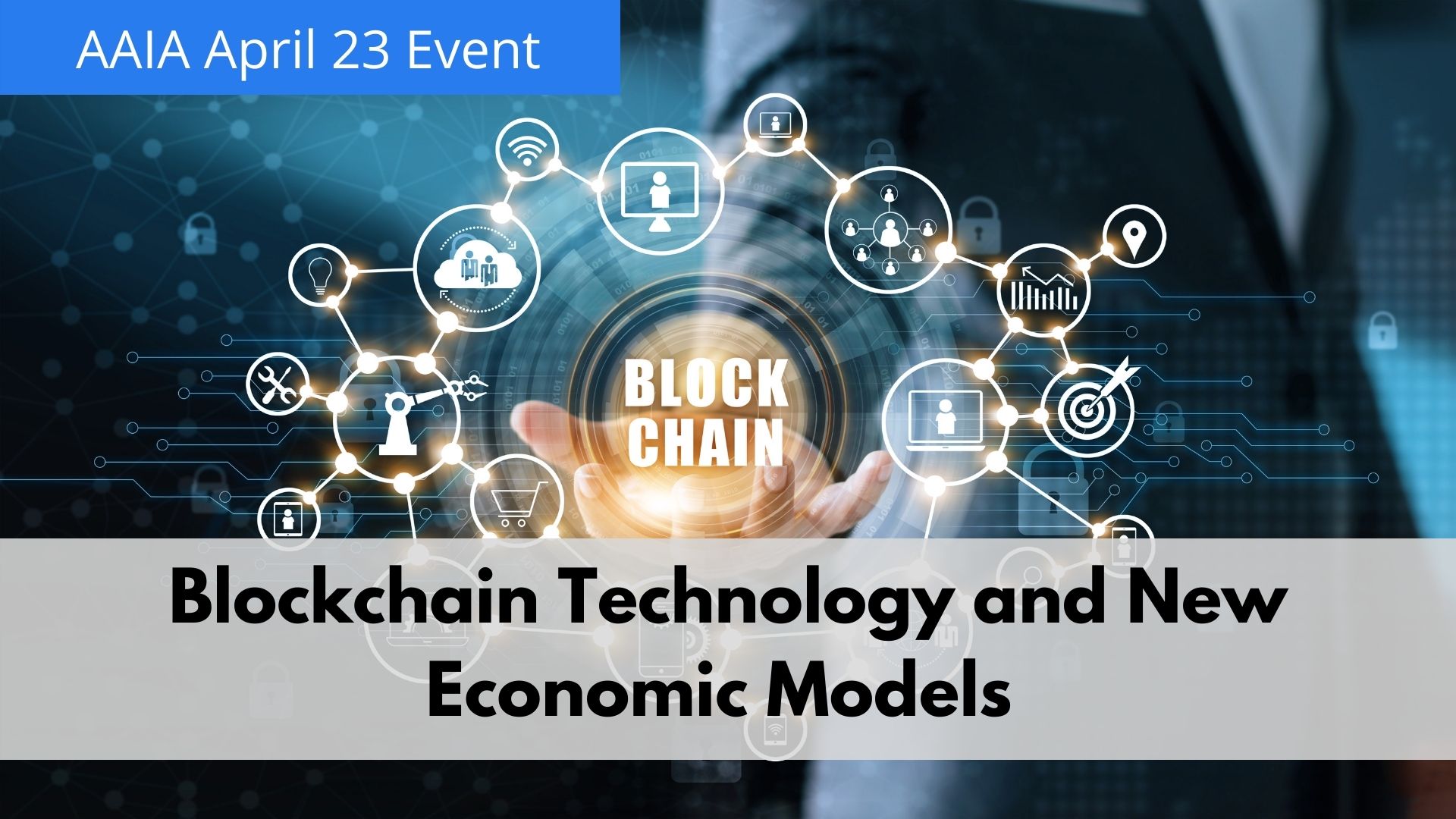 On April 23, 2022, Mr. Peng Jiang shared on an AAIA webinar his observations and views about blockchain and the new economic models that it brings about, moderated by Mr. Shui Luo.

Guest Speaker: Mr. Jiang has 20 years of internet business experience. He created his first personal website in 2001, founded the Kingsoft Alchemy in 2008, and received RMB 30 MM Series A funding in 2013 while working as the COO of a start-up company in Tianjin, China. He is currently the CEO of PARD, a co-founder of Chaindao.ca, a co-founder of Advanced Technology and Research Appliance Foundation, a core designer of TreasureNet, and a committee member of TreasureNet Foundation.

Moderator: Mr. Luo is a member of the AAIA Executive Council. He is an experienced corporate and commercial attorney who has advised technology startup companies and SMEs on corporate structuring, commercial, and finance issues. 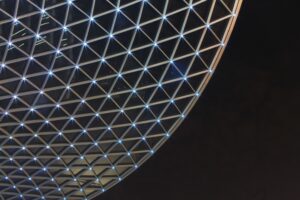 In a nutshell, blockchain is a shared ledger, that is decentralized, globally circulated, anonymous, public, transparent, immutable, and autonomous. There are many common myths about blockchain. 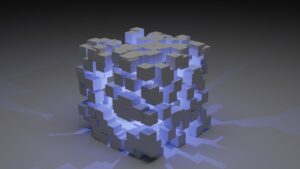 Blockchain has been applied to a wide array of areas including anti-counterfeiting, food safety, judicial evidence, and private equity transactions in capital markets. For example, the data from each bottle of Moutai are recorded on a blockchain to prevent counterfeit products. Walmart, as well as JD, IBM, and Tsinghua University, has built a blockchain ledger to track the movements of goods for food safety. The Supreme Court of China published rules to accept blockchain evidence in 2018, and a court in Hangzhou, China, accepted the first piece of evidence in blockchain that year. In 2015, the Nasdaq announced its use of the Nasdaq Linq blockchain ledger technology to complete and record a private securities transaction.

To further illustrate, here are two scenarios of real-life applications of blockchain: (a) asset digitalization by blockchain and (b) blockchain currency.

a) Asset Digitalization by Blockchain

For a more specific example of digitization of physical assets, information about Tencent’s micro-gold can be found at http://trustsql.qq.com.

Traditional currency also has many problems. Centralized governments have control of currency issuance, and there is a risk of inflation. Centralized intermediary controls the transaction ledger for traditional currency, and there are risks of system collapse, breach, fraud, etc. Blockchain encrypted currency, e.g., Bitcoin, takes advantage of the decentralization and immutability features of data records, which can overcome the above problems. Compared to fiat currency, however, crypto lacks government endorsement, and thus do not enjoy certain benefits (e.g., macro-control capabilities) associated with fiat currency.

Circulation of cryptocurrencies may challenge countries’ financial security. Therefore, in China, cryptocurrency trading is prohibited. In countries such as Canada, cryptocurrencies are not recognized as a currency, but can be treated as a kind of valuable assets similar to physical assets. Whether cryptocurrencies will be endorsed by centralized governments in the future remains to be seen.

It is not that the current problems of blockchain technology hinder widespread applications of cryptocurrencies, nor is it that there are very few scenarios where blockchain can be applied. Commercial use of blockchain implicates the interests of many parties, and the biggest problem is social, political, and legal, far beyond the technology itself.

This is why blockchain is not only a technological innovation, but also represents a change in economic model and system, involving many social, political, and legal issues. For example, truck drivers occupied Ottawa some time ago and raised funds through cryptocurrencies. And in the current Russian-Ukrainian war, funds were also raised through cryptocurrencies. But that does not mean that blockchain is in an extrajudicial place; it still needs to be regulated. For example, exchange of cryptocurrencies requires a license from the Money Service Business, which prevents money laundering and terrorist or illegal activities. 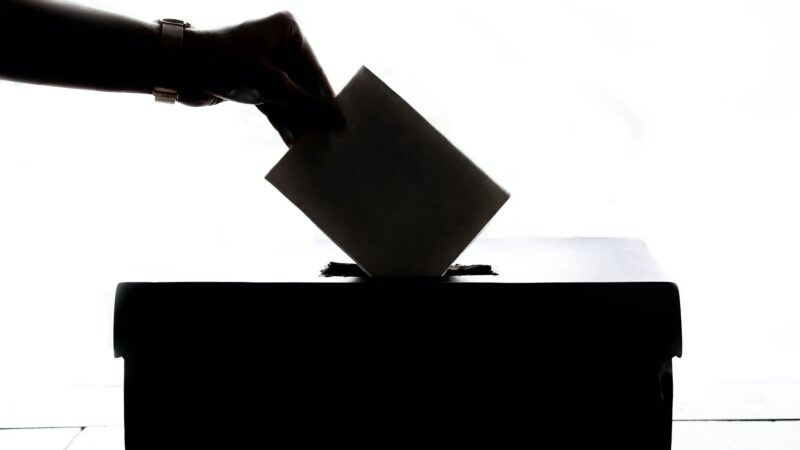 DAOs are decentralized systems owned and governed by token holders voting democratically without centralized intervention and administration by managers or executives like in typical hierarchical systems. The ultimate goal of a DAO is to achieve high efficiency in a decentralized environment. This is still an early-stage concept requiring continuous improvement.

The governance rights of DAOs are typically expressed by governance tokens, and participants can acquire tokens by purchasing or contributing, and become a governor of the organization. The governors can use tokens as the credential to participate in the decision-making and operation of the organization, and enjoy the corresponding rights and interests.

A DAO usually does not set up decision-making or management layers; instead, it adopts a method of community democratic voting to govern. Whether it is the adjustment of governance rules or major business decisions, it generally needs to be implemented by the governors in a form of governance in token voting. Stakeholders cooperate and compete to change the rules described in smart contracts, thereby achieving democratic autonomy.

DAO is an open, transparent, and democratic way of organizational governance, but it also has several known shortcomings. In addition to less efficient decision-making, coding errors can be a tremendous risk. If an attacker finds a vulnerability in the running DAO code, he can launch an attack on the vulnerability, steal the organization’s property, or destroy the governance order, which may cause serious losses or even fatal blows to the DAO.

DAO embodies the idea of community ownership. It works well if everyone is interested in the operation of the DAO and contributes his/her efforts to build the community. This often happens when the number of members is limited to hundreds. But when the number of members of a DAO reaches hundreds of thousands, many problems surface. The DAO governance model does not mean overthrowing or replacing the current corporate system or other governance methods. For certain scenarios that require collective decision-making, e.g., government elections or public welfare organization governance, governance through DAO may be more effective.

All the actions of a DAO need to be carefully considered and implemented in smart contracts. So the design of smart contracts is particularly important for DAO, and it is the key to its collective wisdom and success. Smart contract design requires an aggregation of legal and technical expertise. If there is a problem with the smart contract, it can lead to serious consequences. For example, the earliest DAO is The DAO established in 2016. Due to serious flaws in its smart contracts, hackers have stolen a large amount of assets from The DAO.

Raising funds through DAO will be considered as securities issuance. If it is not registered with a securities management agency, it will constitute a violation of the law. For example, The DAO mentioned earlier was penalized by the United States SEC.

Interestingly, at the legislative level, the state of Wyoming in the United States has officially incorporated DAO into the legal framework of its LLC corporate framework, which is a significant development in law. 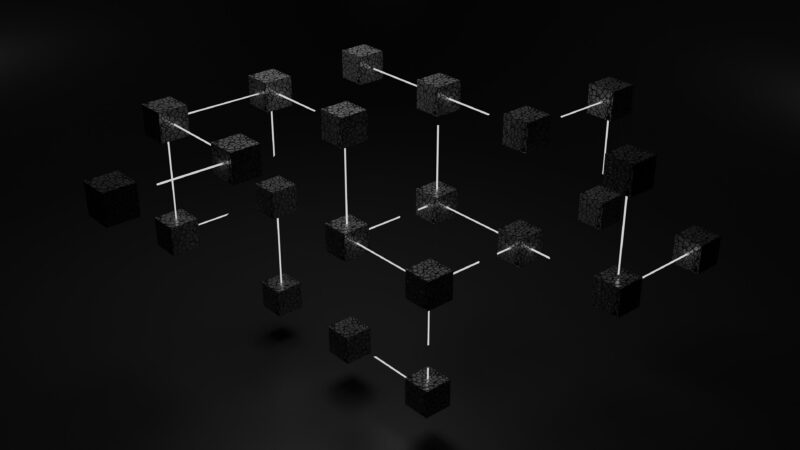 Metaverse is a virtual world connected and created by technology to mirror the real world but without any physical constraints. It is a digital living space with new social eco-systems.

The pivotal point of metaverse is to build a permanent and decentralized online 3D virtual environment. VR devices (VR glasses, headset, cell-phone, etc.) help enter or exit metaverse. Metaverse is also a course to digitalize the real world. A lot of work needs to be done in order to create contents, develop eco-systems in the metaverse, and improve user experience.

The metaverse comprises 8 elements: identity, friends, immersive, low friction, variety, anywhere, economy, and civility. There are 7 layers of value-chains in the metaverse, including infrastructure, human interface, decentralization, spatial computing, creator economy, discovery, and experience. And there are 6 technology clusters of metaverse coined as “BIGANT:” blockchain, interactivity, game, AI, network, and internet of things.

In Dr. Jiang’s view, the assets in metaverse must be created by users. The rules of metaverse must not be enacted by developers. There must be decentralized currencies in metaverse, there are NFT assets deployed, and there is a WEB3.0 identity for users. In the metaverse, users can directly hold their own assets, use and exchange their own assets, and the rules of use and exchange are formulated by themselves, thus forming a world parallel to the real world. In this way, there can also be all walks of life in the virtual world, and wealth can be created. The space for imagination is boundless.

WEB3.0 is relative to WEB1.0 and WEB2.0. WEB1.0 can read data and expand content, WEB2.0 can interact with data on a centralized platform, and WEB3.0 can allow users to own their own data. Facebook and Twitter now belong to WEB2.0, and the benefits brought by the data published on them are enjoyed by the platforms. WEB3.0 is different. The benefits brought by the text and graphics created in the metaverse belong to the users. The future may be multiple metaverses with coexisting relationships that can be exchanged through a digital currency. Blockchain is the underlying technology of metaverse. Metaverse is a decentralized design, so it is inseparable from the blockchain technology. 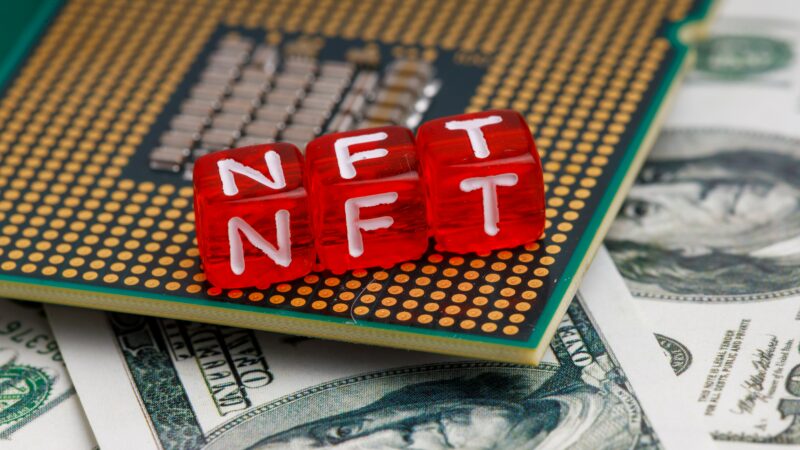 A prime example of DEFI is Uniswap, which earned $153.9 million in revenue in May 2021. As a decentralized exchange, Uniswap has the same business model as Nasdaq, a well-known stock exchange market, and charges fees from each transaction by providing the service of matching transactions. Through Uniswap transactions, there is no need to disclose any information, and there will be no capital threshold for transactions and investments. At the same time, in the decentralized exchange on the blockchain, a user controls his own assets, rather than depositing them in the hands of others. A user can also trade at any time, and liquidity is extremely strong.

Recently, there was a documentary “Trust No One: The Hunt for the Crypto King” on Netflix. The QuadrigaCX exchange mentioned in the documentary is still a centralized exchange, although the assets traded are cryptocurrencies.

NFT refers to non-fungible tokens. The value of NFT cannot be determined by real-world valuation methods. On the internet or in the virtual world, the determination of value is speculative and may require different valuation methods.