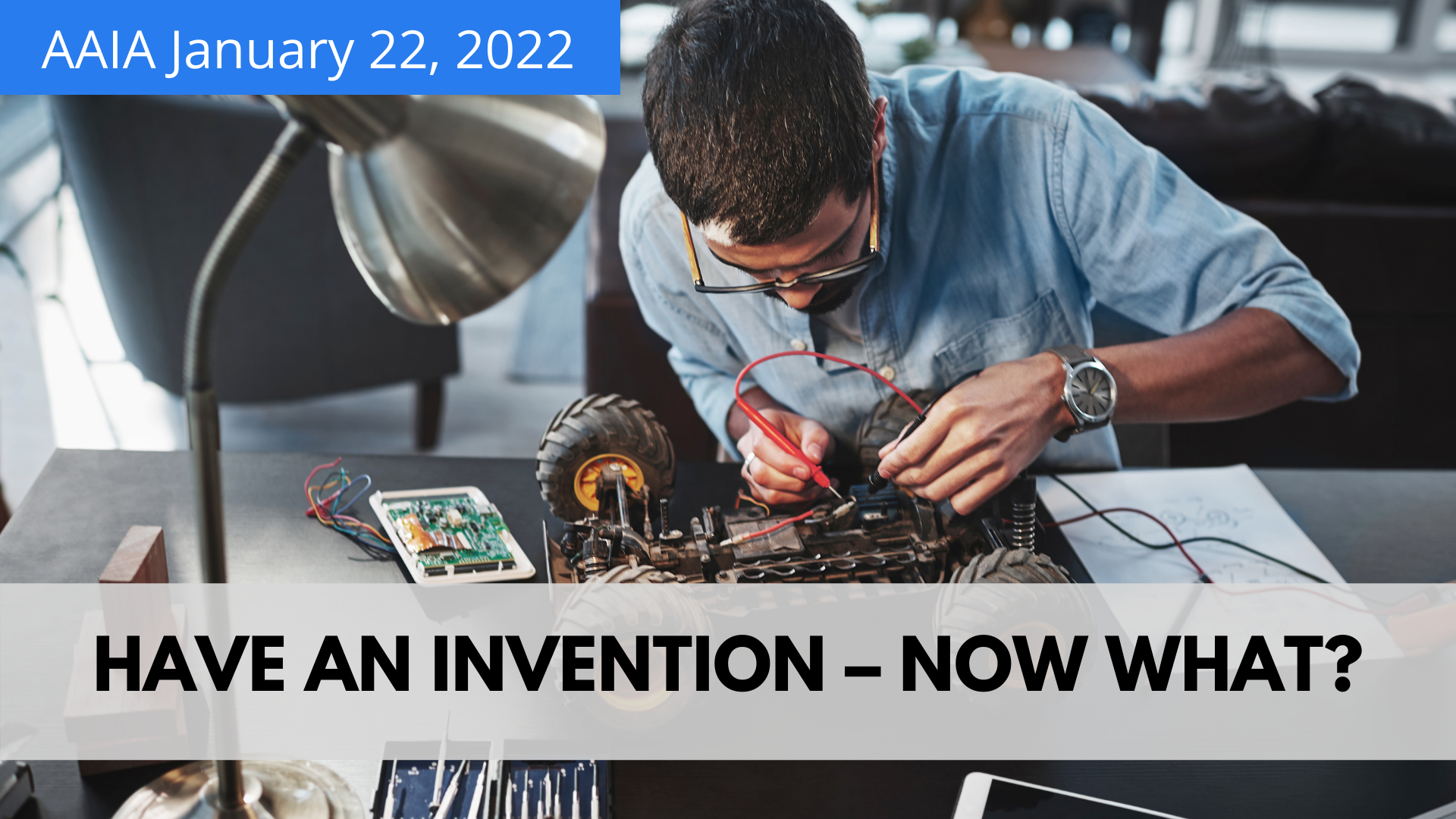 On January 22, 2022, Dr. Sean Zhang, a partner of Dale & Lessman LLP, presented a webinar on intellectual property (IP) basics: “Have an Invention – Now What?” Specifically, Dr. Zhang talked about the value of IP to high-tech companies, timing of patenting, ownership and inventorship, and patent searches, as well as the homework that you should do before you meet with a patent attorney about protecting your invention.

In a knowledge-based economy, high technology contents, e.g., a method of making an electronic device, a tool for making an electronic device, a tangible computer-readable media, or a method of retrofitting an electronic device, can all be patentable subject matter. IP typically constitutes a significant portion of the asset of a high-tech company, having patents can increase valuation of a company for attracting external capital investment, and a company can also command heightened prices for patented products. In addition, IP assets can be out-licensed to generate revenues, are useful business tools in marketing and business competition, and can serve as barriers against competitors, to maintain company’s market share.

What is a patent?

A patent is bargain between the public and the patent owner – a government provides limited protection in exchange for a full disclosure of your invention. A patent typically runs 20 years from the effective filing date, in a particular jurisdiction where you obtained the patent. Importantly, a patent provides a “negative” right, meaning that you can exclude others from making, using, or selling your claimed invention; however, a patent does not provide a “positive” right, meaning, a patent confers you no right to make, use, sell, or exploit the claimed invention.

Time is of essence for patenting

A patented invention must be novel. Disclosure to the public before filing a patent application, even to a single third person without a confidentiality agreement, can destroy novelty. For example, one of DJI’s patents was invalidated by its own public marketing announcement of the claimed invention before the patent filing. Therefore, companies should manage disclosure and confidentiality relating to any subject matter that may be patentable, such as at conferences, trade shows, or pitches to partners. In some jurisdictions, e.g., in the United States and Canada, there is a grace period for an inventor’s own prior disclosure. That is, an inventor can disclose to the public his invention and could still obtain a patent in the United States and Canada on that invention if the patent application is filed within a year after the public disclosure. In the United States, there is a separate on-sale bar, i.e., if you have sold your invention for over a year, even if the invention is in a “black box”, it will be too late for you to apply in the U.S. for a patent.

Ownership of IP is important.

Clear chain of title of a patent increases investor confidence, can help secure finance and monetization, and can be effective enforcement means against infringers/competitors. Ownership of a patent typically originates from the inventor. The rights of a patent can be assigned from an inventor to some other “person” (e.g., a corporation). An inventor, e.g., a corporate employee, may be required to assign his invention, e.g., to his employer, by operation of law. Regardless, ownership issues should be clarified by proper agreements, e.g., with founding members, directors and senior management, employees and contractors, joint development partners, and licensees.

Who is an inventor?

An inventor is usually the one who conceives the idea of the invention and reduce it to practice, not just having a floating idea in his head, merely performing tests/experiments to confirm the idea, or just assisting with management or administrative matters. Inventors could include engineers, product designers, and others who contribute to the conception of the invention. Whether a technician, an assistant, a salesperson, or a manager is an inventor needs to be carefully analyzed.

Patent searches can be informative to business decisions

Searches of the literature can inform (1) whether your invention is patentable, or (2) whether you have freedom to operate (FTO) your product or process. Depending on these two different goals, search strategies may vary. Free patent searches can be conducted in databases hosted by major patent offices, such as the U.S. Patent and Trademark Office (www.uspto.gov/patents/search), Canadian Intellectual Property Office (www.ic.gc.ca/opic-cipo/cpd/eng/search/basic.html), European Patent Office (worldwide.espacenet.com/patent), and the PCT (patentscope.wipo.int/search/). Google (patents.google.com) is also a good source for patent searches.

In sum, before meeting with a patent attorney, you should do some homework on the above discussed issues, namely, whether there is a prior disclosure, who the inventors are, who the IP owner is, whether there are related IP agreements, and perhaps some preliminary patent searches.

To support us or sponsor us, please contact sponsor[at]aaiatech.org