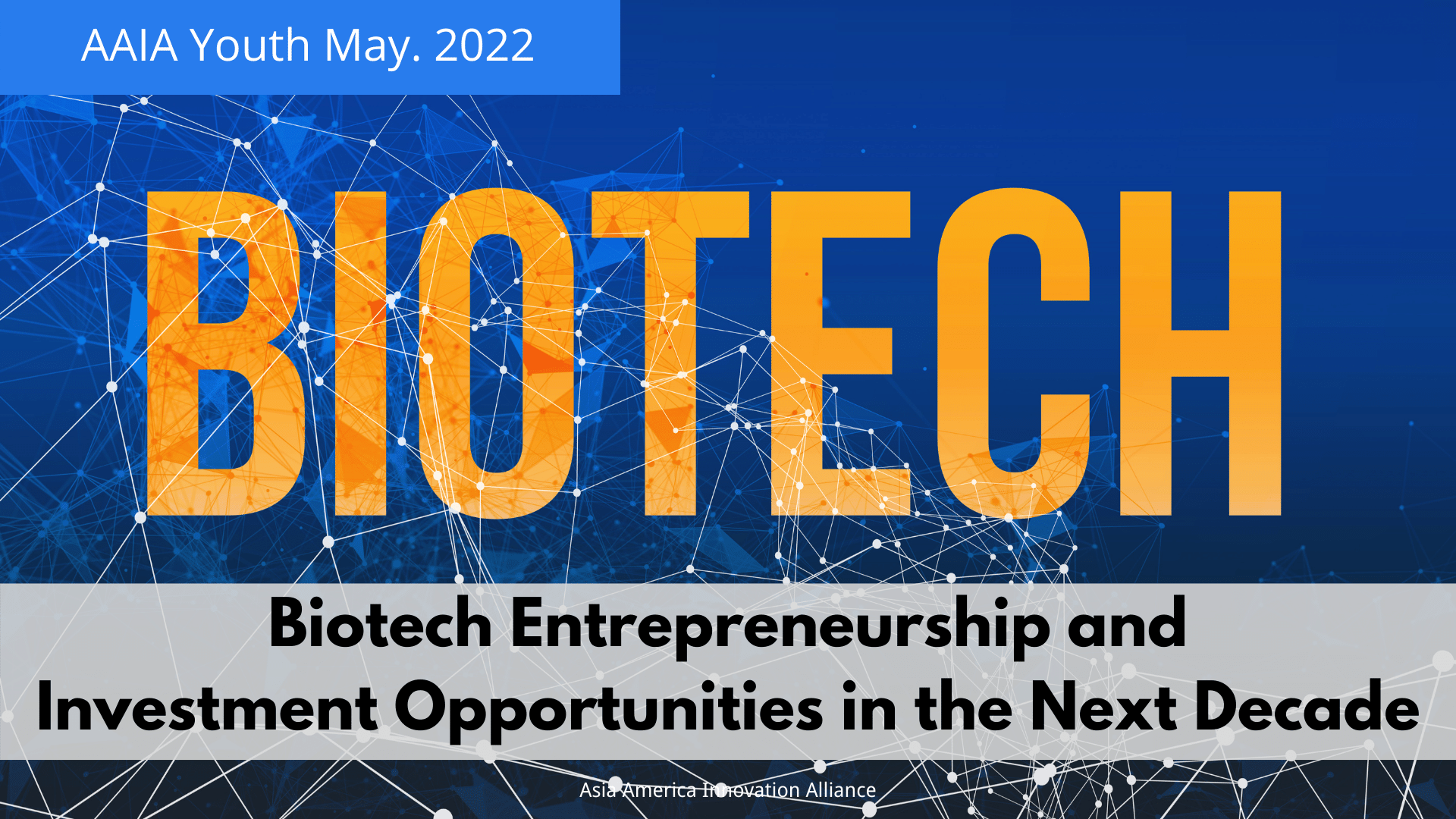 AAIA Youth was delighted to have Dr. Rui Ma, Partner of Frees Fund, to join our event in May of 2022 to discuss cross-discipline entrepreneurial and investment opportunities, current and future biotech startup trends, how investors evaluate biotech projects, and what makes a good investor. 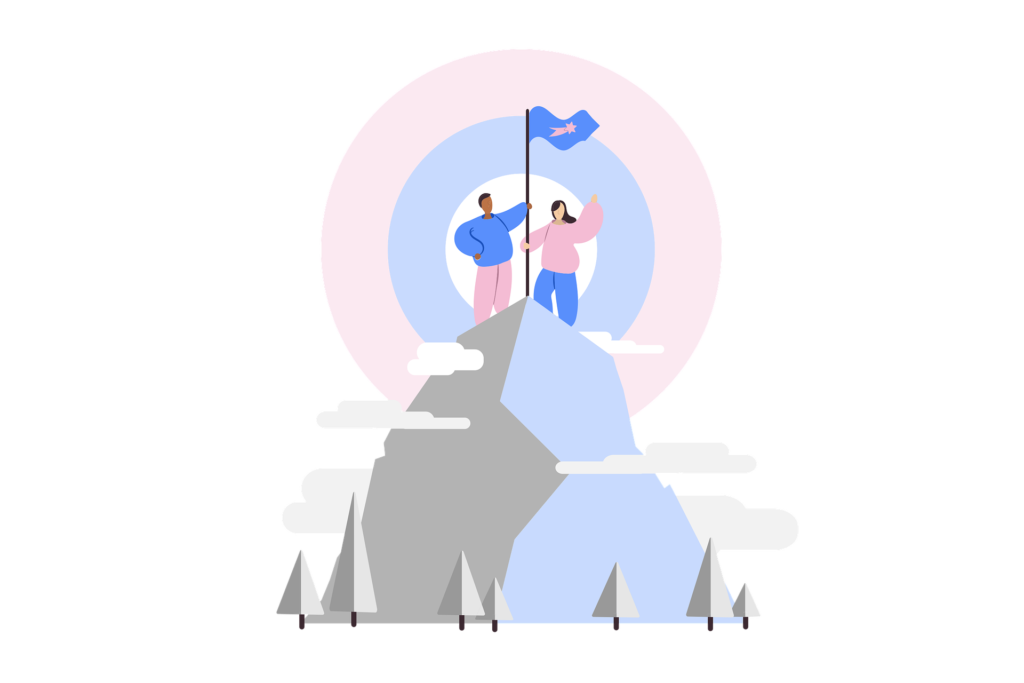 Rui Ma is a partner at Frees Fund, focusing on investing in companies in the new materials and biotechnology fields, with a special focus on computationally-driven biotechnology, synthetic biomedicine, cutting-edge biotechnology and new therapeutic areas. Dr. Ma previously worked at the Ministry of Ecosystems, where he was involved in national policy planning and development. He also has more than ten years of research experience in the field of nanomaterials and chemistry. Dr. Ma holds a Ph.D. in engineering from Carnegie Mellon University, an M.S., and a B.S. from Tsinghua University. In 2022, Dr. Ma was named one of the most promising young investors by China-fof.

In order to improve TFP, factor-driven development, such as land and capital, must gradually give way to high-quality development. There are three points that need to be addressed in this process: first, we need big scientific breakthroughs, followed by the application of science and technology on a large scale by addressing productization, regulation, and scaling up production. The second is digitalization or industrialization. A great deal of digital technology has been created in the past twenty years, such as wireless communications, the Internet, artificial intelligence, etc. It is imperative that we find ways to penetrate these digital ways into different industries in the next fifty years. In the third step, digital innovations should be translated into all industries of the physical world. All three of these points are relevant to the theme of today’s seminar – biotechnology. Please allow me to explain through several Frees Fund observations why this is the case.

Observation 1: The future of biotechnology is both a technological breakthrough and a commercial application

In comparison with materials and chemicals, biotechnology has seen rapid technological advances in the last decade, and many significant applications and breakthroughs have been made, such as mRNA vaccines, CRISPR R&D tools, Google’s protein structure prediction tools, computational pharmaceuticals, synthetic biology, and so on. Taking wearable biosensors as an example, some people predict that Apple Watch will add a biosensor capable of measuring human signals every year; currently, it can measure heart rate and blood oxygen concentration, but in the future it may be able to measure blood pressure, blood sugar, and the like. Numerous technological advances have been made in the past few years, and these technological advances have also been converted into actual products over the past few years. As a result of the epidemic, we developed an mRNA vaccine within a year and began deploying it globally on a large scale. This rapid transition from technology to product is unprecedented in the history of mankind.

We can look to the future with the possibility of utilizing underlying technologies, such as mRNA, to develop other products, such as vaccines for HIV prevention and cancer treatment. This will enable platform breakthroughs to become more widely available and, consequently, increase productivity more broadly. In the case of CRISPR, it is currently mainly used for research and development. It has been tested in in vivo clinical trials last year and may be able to be used for clinical trials in the coming decade. As we have solved major technical aspects of protein structure prediction and are able to clearly relate the protein structure to its sequence, the next step is to look more into how the structure can be translated into function in enzymes, peptides, antibodies, etc. AI pharmaceuticals still face bottlenecks in several segments, but several pipelines have entered phase 1 to phase 3 clinical trials.

This is our first observation, that there are both big breakthroughs in biotechnology and many commercial applications, which will give us a lot of imagination in the next decade.

Observation 2: The 14th Five-Year Plan for the Development of Bio-Economy and the Penetration of Biology into Various Industries

A second observation is about moving from the digital world to the real world, since all the innovations in the last 20 years have been in the digital world; as for whether the digital world innovations can affect all industries, biotechnology plays an important role. As part of its 14th Five-Year Plan for economic development, China has unified agriculture, forestry, energy, environmental protection, materials and medical care around biotechnology. This plan also mentions several key directions. The new trend in medicine is “health-centered” instead of “disease-centered”. Agriculture’s plan proposes a shift from “solving problems regarding lack of food and clothing” to “diversifying nutrition intake” for citizens. In manufacturing, it is proposed to shift away from “pursuing production capacity and efficiency” to “insisting on ecological priority”. This is a list of directions that the biotechnology can take in the future.

New data and measurement methods allow us to see in real time the interactions between proteins in cells and their dynamics. Using super-resolution microscopy, microfluidic sorting, and other techniques, we can create more complex conceptual models than the original central law. Originally, we only knew the translational correspondence between protein and RNA, and the coding correspondence between RNA and DNA. We now understand more complex physical models of proteins, such as how protein behaves in the cell and, how it folds, etc. Furthermore, we have new tools, such as new computational methods for designing sequences that are accounted for, and new ways to modify and deliver new therapies. In the near future, there will be a greater emphasis on new therapies, especially ones that are more programmable and targeted, more in vivo therapies. In addition, there are drugs that use biological self-regulation mechanisms, such as PROTAC, molecular gels, dual antibodies, etc. The use of coupling, such as ADC, PDC, AOC, etc., is another possibility.

A 2019 report by Nature Research described the technologies that it believes will drive progress towards advancing biology in the future. There are three main categories in which these technologies can be classified: first, how to view/measure more precisely. Following this would be how to regulate more precisely. Finally, how to count more accurately. Many of these highly developed tools are now available to us. Before, people could only invest in innovative drugs and innovative treatments in the biomedical field, but now R&D tools (RX Tools) are a very hot area for investment.

Based on the above observations and analyses, we believe that biotechnology will be a future trend, thanks to its ability to digitize and penetrate into different industries, in addition to the lasting changes it brings. In essence, biomedical problems are data problems. For example, if we have all the relevant data on the interactions between DNA, RNA, and proteins, all biomedical problems can be solved. However, we are only at the beginning stages of datafication. The first type of datatization is the measurement of components, such as the measurement of the proteome, which studies the correspondence between proteins and genes. This top-down approach, known as systems biology, is based on studying the interaction between network components.

The second type of datafication involves interactions, such as how molecules form solids with each other, whether they bind, etc. It is referred to as AI pharmaceuticals. Synthetic biology is bottom-up research that examines the regulatory elements of a string of proteins and the relationships between them as complexity increases. In terms of complexity, it would make sense to invest first in gene sequencing, then proteomics, then gene pharma, and then synthetic biology.

In an early stage investment fund like Frees Fund, the matrix layer, which is really a data-driven and tool-based platform for biology, is the bottom layer of the investment logic. The second layer is the efficiency layer, using computation and artificial intelligence to understand biology. The top layer is the application layer, where we apply new technologies to various different fields after understanding what data means. the data means. Our investment in bioscience involves computationally driven drug design (AI), synthetic biology, brain science, and carbon neutrality.

We divide our investment direction into three main areas: first is new devices/tools (Tools), second is AI/computing (Codes), and third is material libraries (Building Blocks). This overall is a positive cycle, finding more and more tools to help us get more and more data, and using that data to better understand biological systems, we can intervene, which results in more data, and the iteration of data leads to more and more tools being developed. This is the reason for the rapid iterations in biotechnology.

There are three ways in which new measurements can be made: through computation, measurement, or putting sensors inside organisms. If the object is a protein, then we are interested in its sequence rather than its quantification. To determine sequence, tandem mass spectrometry and chromatography coupling are essential. We can use NMR, XRD, etc. for quantification. Additionally, we have invested in projects such as mass spectrometry, single cell sequencing, and continuous nonsensitive blood pressure monitoring.

We have also invested in many projects in this direction. Synthetic biology and delivery technology are more physical projects. For synthetic components, it is simply chemical synthesis and biosynthesis, so the entire field encompasses how to conduct catalytic screenings, how to modify proteins or even design new proteins, DNA and RNA synthesis, etc. In this direction, we have also invested in small molecule organic synthesis catalysts, LNP plus neDNA for gene therapy, PDC and mRNA delivery, and other projects.

DNA synthesis on chips is another area of investment based on our ability to design chips and understanding of the biological frontier for gene synthesis, DNA storage, and digital immunization.

Synthetic biology is a very important component of the components area. Firstly, synthetic biology is very relevant to the bioeconomy. As we look at energy and materials from a first-nature and systems perspective, we find that in the end, they all come back to atoms and molecules themselves, and this can be applied to synthetic biology. It is at the intersection of biology, materials, and computing, and can be driven by biotechnology, consumer upgrades, and computers, which is why synthetic biology is booming. In this area, we have invested in a project about biodegradable plastics, which takes into account the atomic economy, i.e., how to maximize the conversion rate. An example would be the use of gene editing to create a new pathway not found in nature. Lastly, metabolic engineering can be used to achieve total regulation through fine tuning. Performing precision fermentation is inseparable from strain development and process datafication, where the risk is reduced by measuring parameters.

We have invested in a variety of projects in this field, including those using AI for inverse synthesis analysis, which has the most data in this segment and therefore is a good option for AI pharmaceuticals. We have also invested in projects generating lead compounds via ultra-large scale virtual screening, a step that can be accomplished computationally, and has a billion volume molecular library. Additionally, we are investing in a project in the dataization of the formulation process that will use AI-assisted platforms as well as high-throughput platforms to improve formulation quality. In addition to AI pharma, we have also invested in AI therapeutics projects, for example, for the datafication of biological systems, and we have invested in individual precision brain function mapping.

Combining bioeconomy with digitalization creates a platform-level opportunity. Computing and datafication will make biotechnology iterations faster and faster, and the iterations can be applied to various industries, so there will be many opportunities. A continuous iteration of biology using the engineering framework, assisted by computation and driven by data, is the biggest opportunity in the future, increasing the productivity of biotechnology and potentially taking us out of the great stagnation.

To support us or sponsor us, please contact sponsor[at]aaiatech.org