Our events provide opportunities for startups to meet and connect with key players in the industry. By networking, entrepreneurs will benefit from increasing their startup companies' visibility and finding opportunities to grow their business.

What Challenges Startups May Encounter When Taking Foreign Investment Funds

Wally began his career as PM at Microsoft Bing. He later built data platforms at Pebble (Y Combinator W11) and Misfit, both were merged as critical infrastructure into Google’s Wear OS.

Wally has spent close to a decade in enterprise software space as an operator, including Lattice Engines in martech (acq. by NYSE: DNB) and DataVisor in cybersecurity (Sequoia & NEA-backed).

Before launching SAV, Wally has been advising family offices and conglomerates on software investments and serving on the boards of portfolios with roughly $300M in capital deployed. 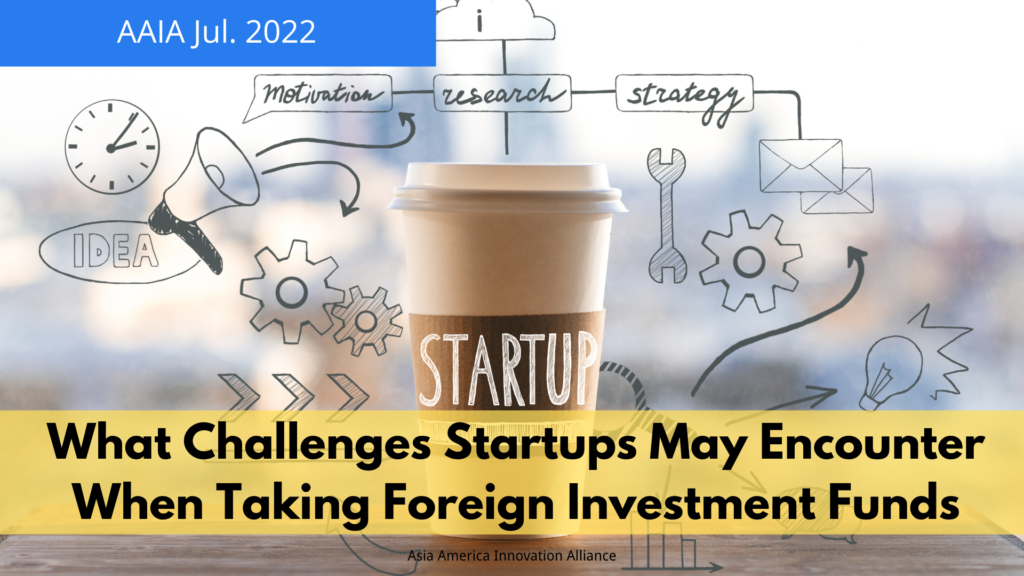 What Challenges Startups May Encounter When Taking Foreign Investment Funds 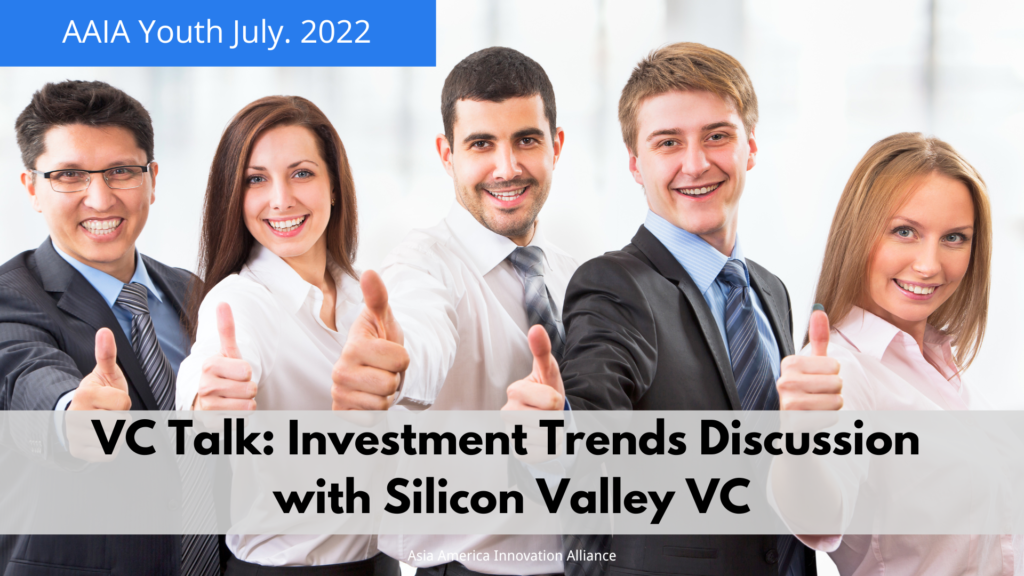 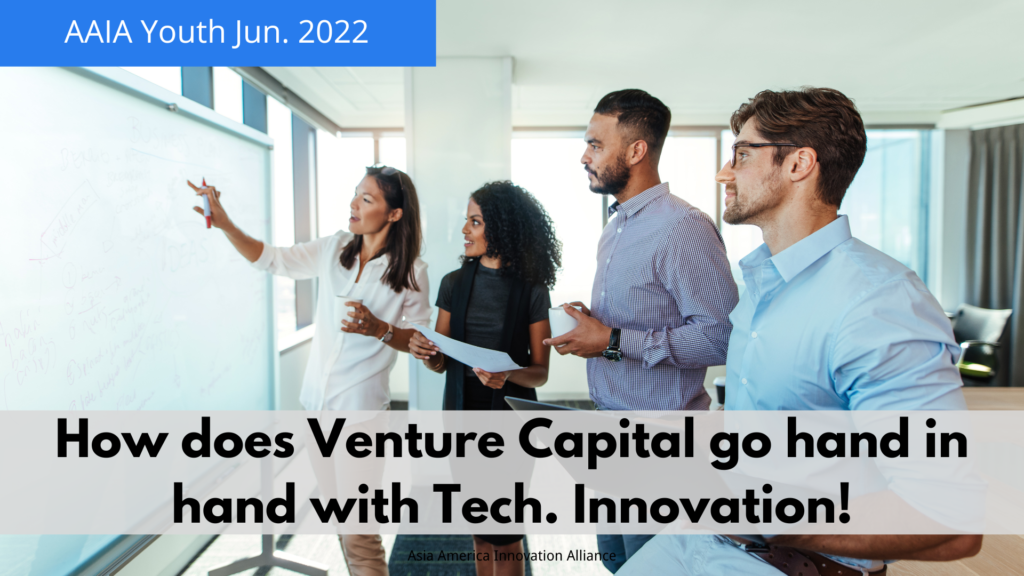 VC talk: How does Venture Capital go hand in hand with Tech. Innovation!

AAIA Youth was honored to host a VC talk on June 15th, 2022, at 9:00PM EDT, featuring Lu Zhang, who is the Founder and Managing Partner of her venture capital firm based in Silicon Valley – Fusion Fund.……Read more 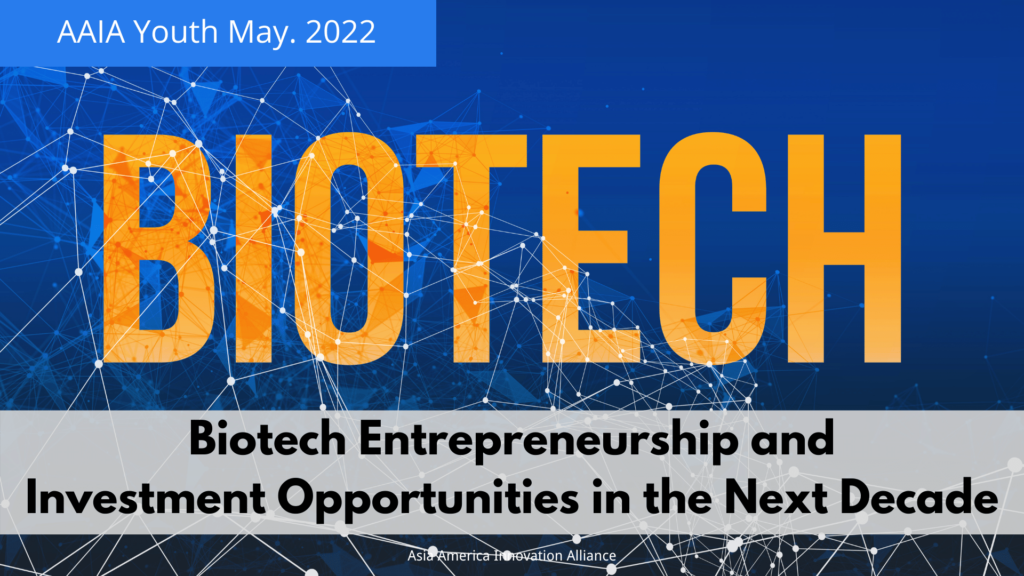 Biotech Entrepreneurship and Investment Opportunities in the Next Ddecades

AAIA Youth was delighted to have Dr. Rui Ma, Partner of Frees Fund, to join our event in May of 2022 to discuss cross-discipline entrepreneurial and investment opportunities, current and future biotech startup trends, how investors evaluate biotech projects, and what makes a good investor.……Read more 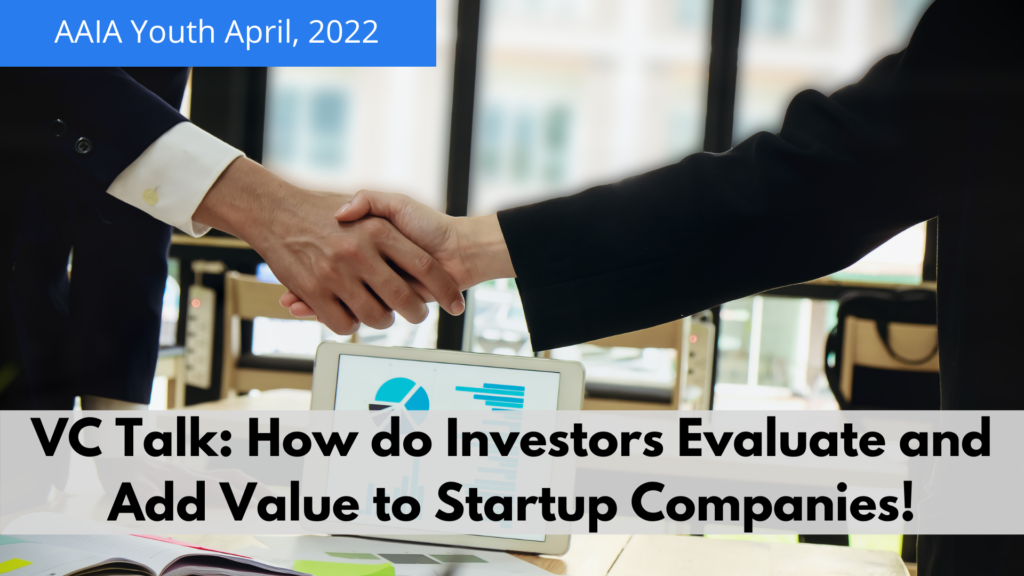 On April 27, 2022, we were honored to invite Larry Li, Co-Founder and Managing Partner of Amino Capital, to speak to the audience about how investors evaluate and add value to startup companies.……Read more 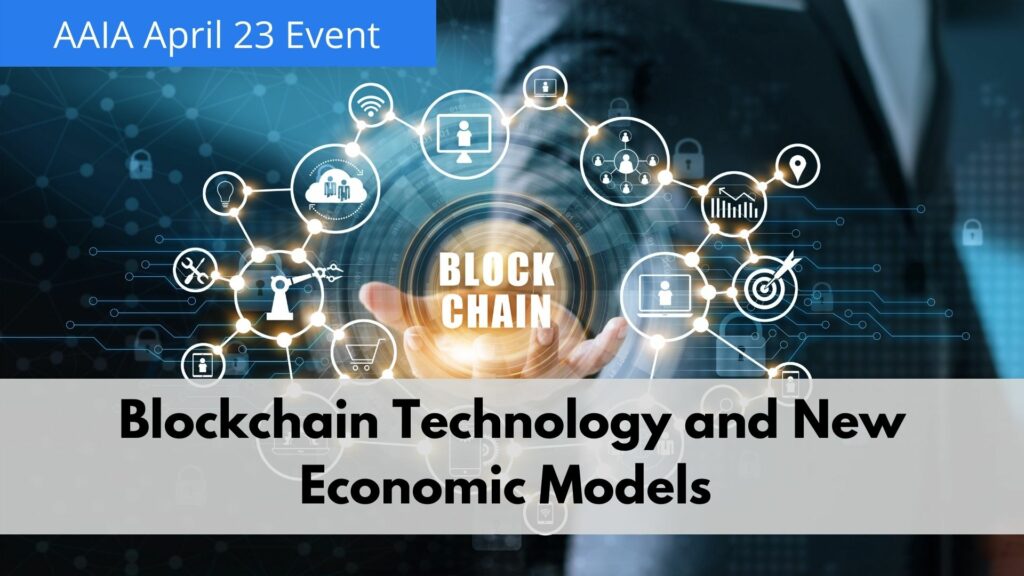 Blockchain Technology and New Economic Models
On April 23, 2022, Mr. Peng Jiang shared on an AAIA webinar his observations and views about blockchain and the new economic models that it brings about, moderated by Mr. Shui Luo…….Read more 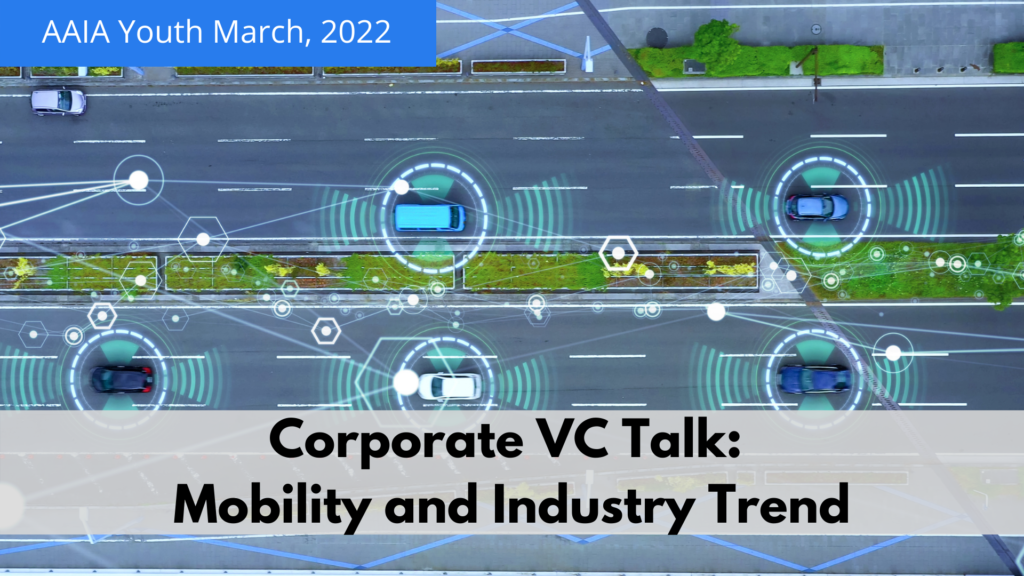 Corporate VC Talk: Mobility and Industry Trend
AAIA Youth was honored to host a CVC Talk on March 22nd, 2022, at 9:00 PM EDT, featuring Dr. Bin Zhou, who is Principal at one of Silicon Valley’s premier corporate venture capital firms – Goodyear Ventures. The speaker shared opportunities and trends in the mobility area, such as in autonomous driving and electrification, as well as Goodyear Ventures’ portfolio in this area, such as Gatik, Revel, TuSimple, etc……Read more 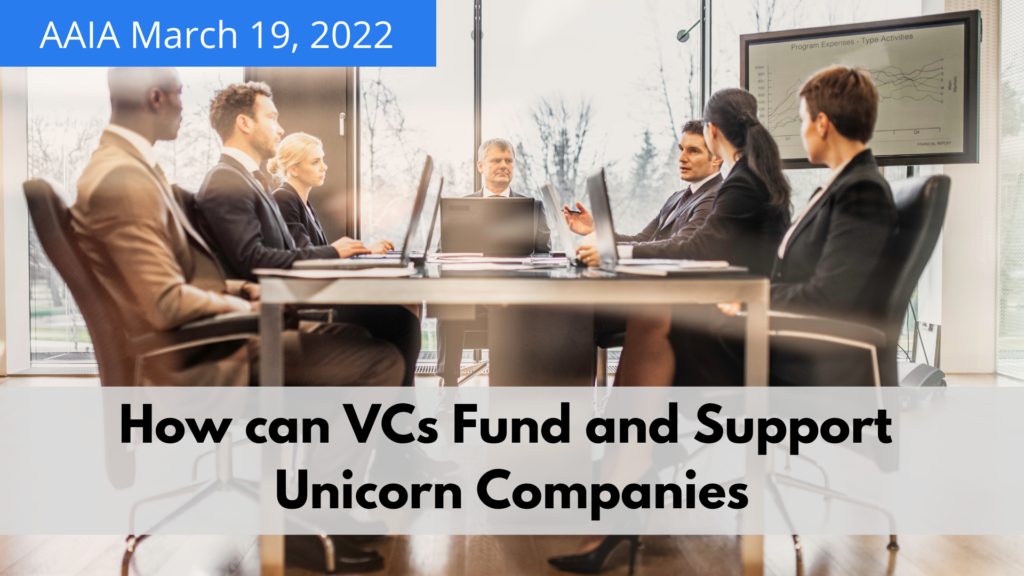 How can VCs Fund and Support Unicorn Companies 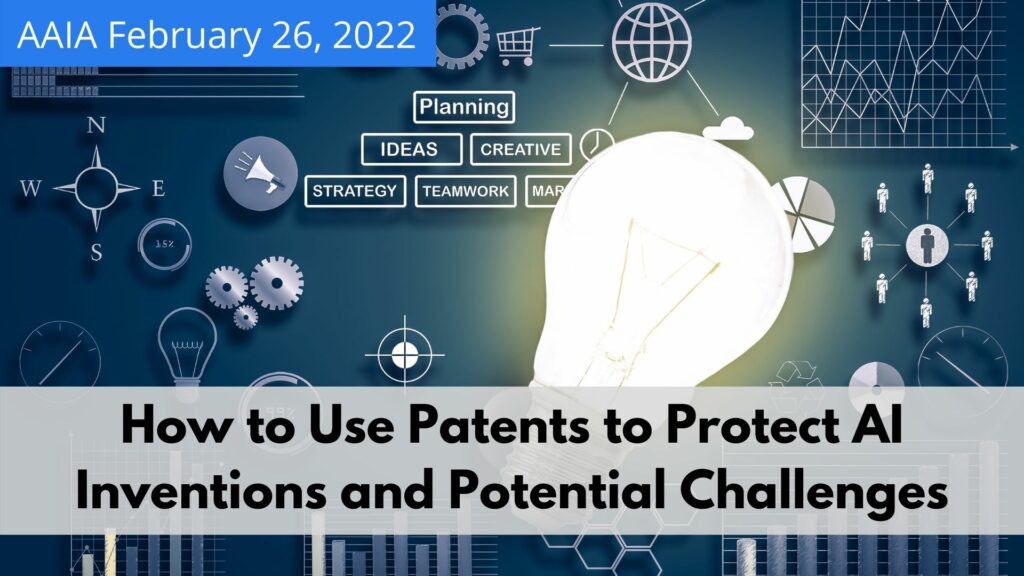 How to Use Patents to Protect AI Inventions and Potential Challenges 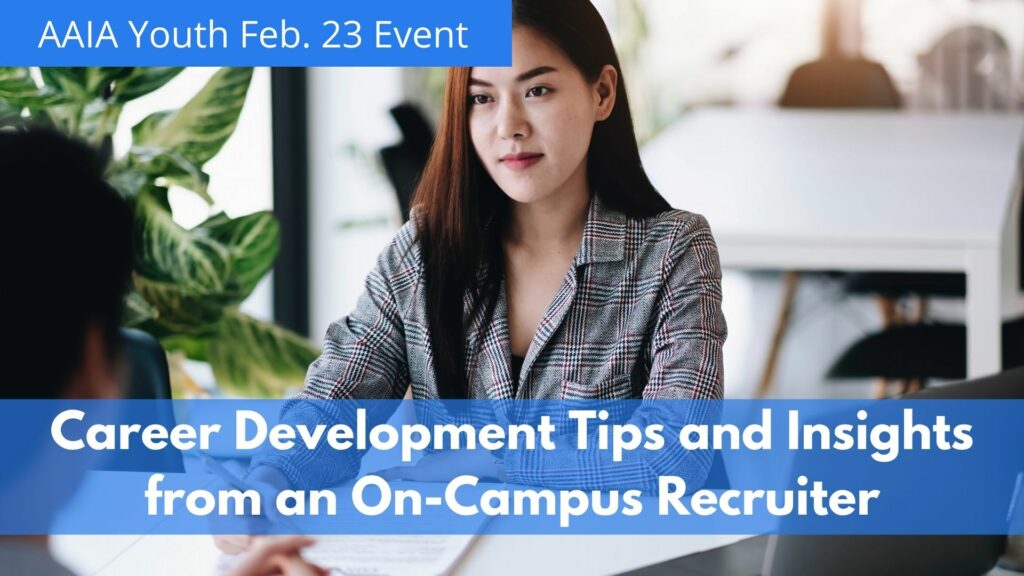 Career Development Tips and Insights from an On-Campus Recruiter

On Feburary 23, 2022, at 8:30 PM EST, AAIA Youth hosted an online seminar to help students with the job searching process in the finance industry. Campus advisor of RBC, Alex Gao, shared information on the banking industry, his experience with assisting students in transitioning from school to a professional work environment, and provided tips for students on networking and interviewing……Read more 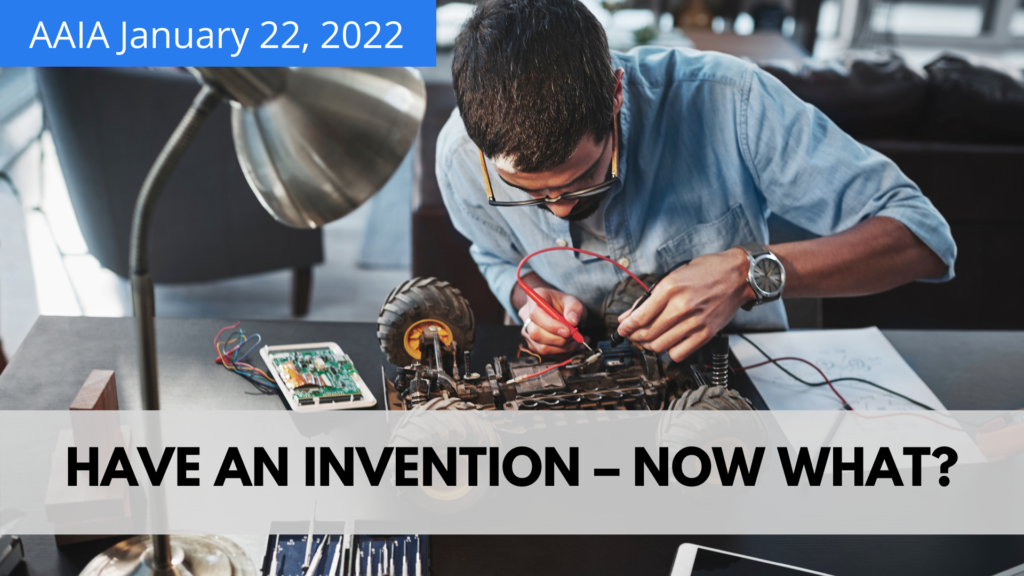 Have an Invention – Now What?

On January 22, 2022, Dr. Sean Zhang, a partner of Dale & Lessman LLP, presented a webinar on intellectual property (IP) basics: “Have an Invention – Now What?” Specifically, Dr. Zhang talked about the value of IP to high-tech companies, timing of patenting, ownership and inventorship, and patent searches, as well as the homework that you should do before you meet with a patent attorney about protecting your invention……Read more

On Jan 14th, at 8:30 EST, AAIA Youth held an online seminar to extend knowledge to young founders on the journey of creating an invention and extending to build a start-up company, and choosing the right start-up incubators, and receiving fundings from Venture Capitalists (VCs). Guest speakers Morgan Guo, Youji Cheng, and Diane Ding shared their insights and tips of the start-up journey, from the process of developing an IP for a long-time researched product to operating a start-up, eventually participating in incubators and get fundings from VCs……Read more

On November 20, 2021, AAIA was honored to have renowned speaker Dr. Zhongwei Chen. Dr. Chen is Fellow of the Royal Society of Canada and Fellow of the Canadian Academy of Engineering, he is Canada Research Chair Professor at the University of Waterloo. Dr. Chen brought audience a highly engaging talk named “The Future of Electric Vehicles – Battery and Fuel Cells” which was an excellent overview of global trends in technology, industry and market of electric vehicles (EV) and battery technologies……Read more 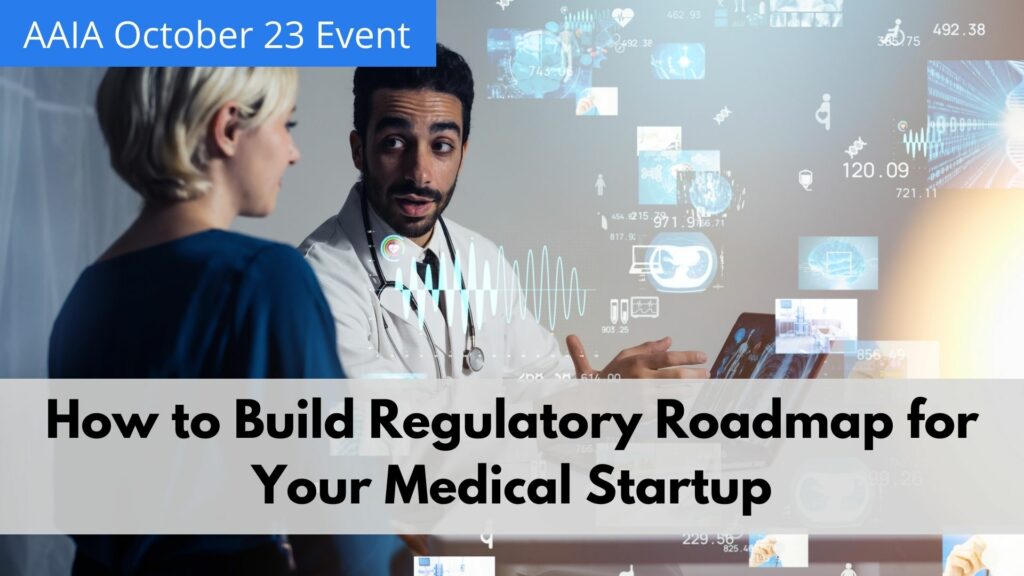 How to Build Regulatory Roadmap for Your Medical Startup 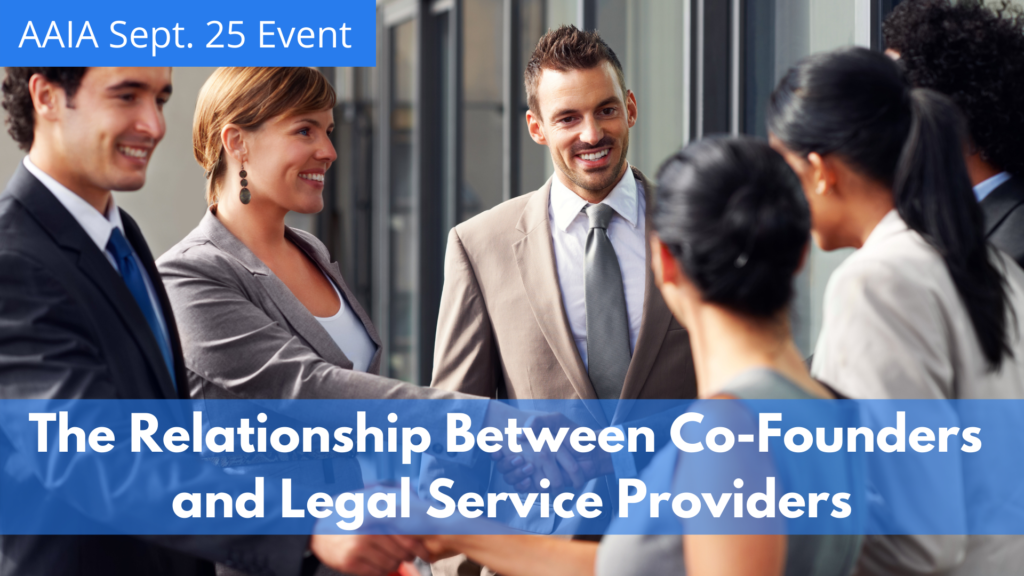 The Relationship Between Co-Founders and Legal Service Providers

On Saturday, September 25th, Asia America Innovation Alliance (AAIA) held a panel discussion to take a closer look at the relationship between the Co-founders and legal service providers. In this event, guest speakers Shui, Li, Ted, and Sophia , along with the event moderator, Ling shared their experiences of engaging legal service providers…..Read more

Overcoming Obstacles Toward Your Dream Job 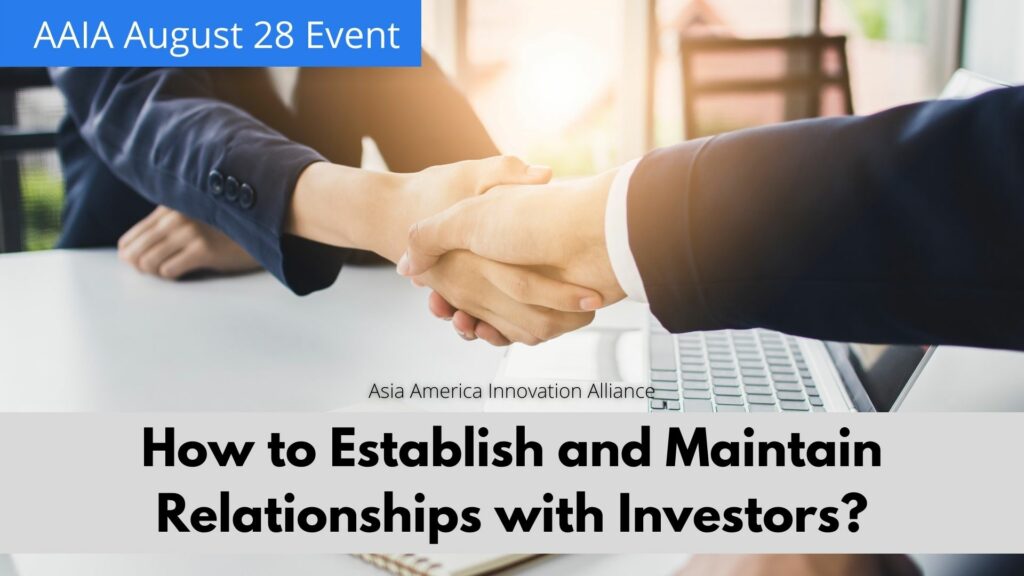 How to Establish and Maintain Relationships with Investors?

On Saturday, August 28th, Asia America Innovation Alliance (AAIA) held a panel discussion to take a closer look at investor relationship building. In this event, guest speakers Constance and Huayi, along with the event moderator, Alex shared their experiences from the PR and IR perspectives. …..Read more 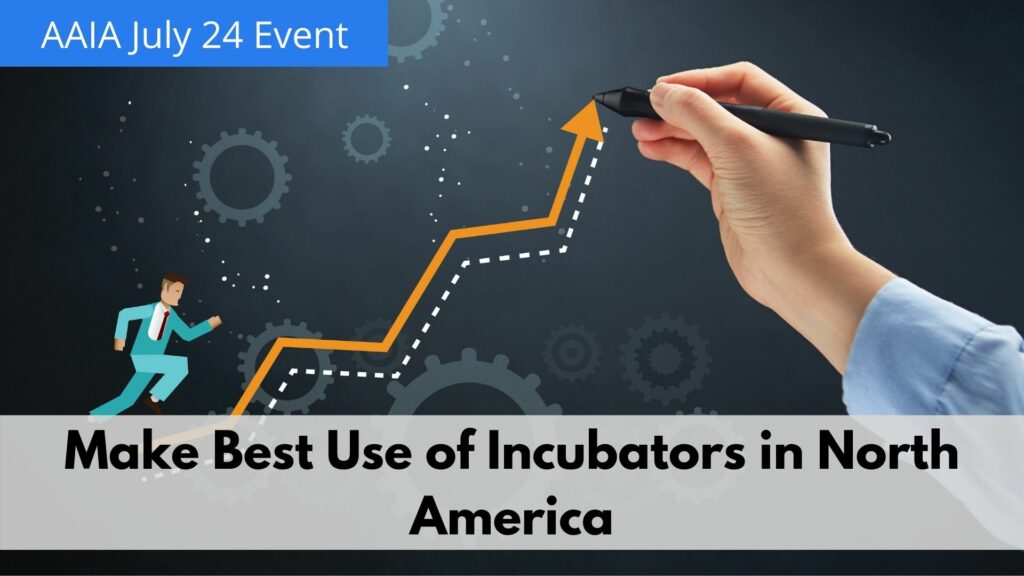 Make Best Use of Entrepreneur Incubators in North America

On July 24th EST, AAIA held an online seminar to discuss how entrepreneurs have benefited from their incubator experiences. Guest speakers Livia Guo, Joseph Wang, and Jack Liu talked about the differences between Northern American incubators. They also shared their personal experiences of CDL, YC, TechStars and other popular incubators…..Read more Funding and Tax Incentive for Innovation

On Saturday, June 26th, Asia America Innovation Alliance (AAIA) hosted an informational seminar on the topic of SR&ED. In this event, guest speaker Steven Yang (from YLH Advisory Group), a professional consultant with 10 years+ SR&ED advisory experience, gave the attendees an overview of the program and discussed how programs such as SR&ED can benefit companies…….Read more 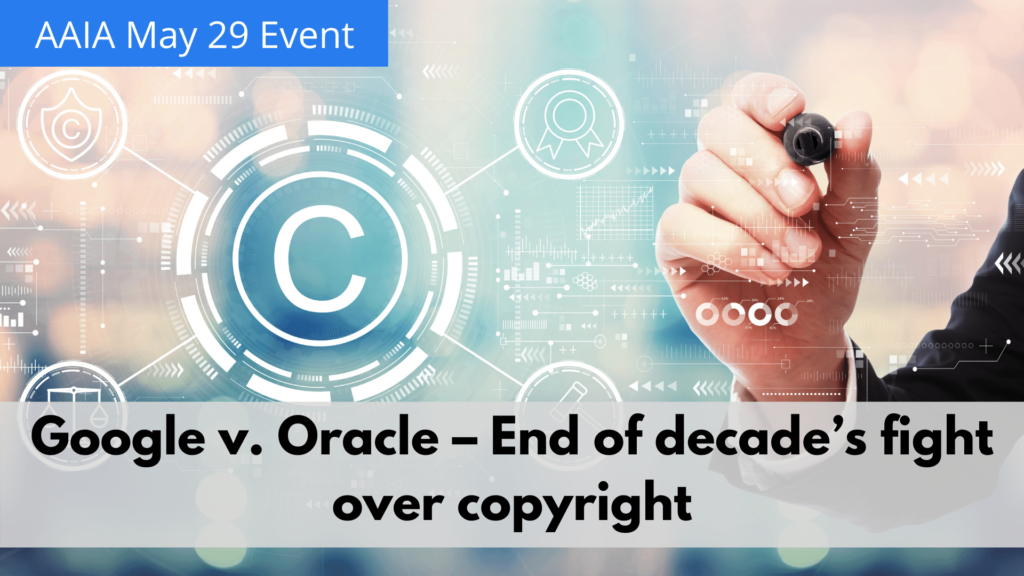 On Saturday, May 29th, Asia America Innovation Alliance (AAIA) hosted a legal seminar to take a deep-dive look into the closely-watched case of Google v. Oracle. In this seminar, board member and speaker Dr. Sean X. Zhang discussed the decision made by the U.S. Supreme Court, the reasonings behind the ruling, as well as significance of the case in the software industry………Read more 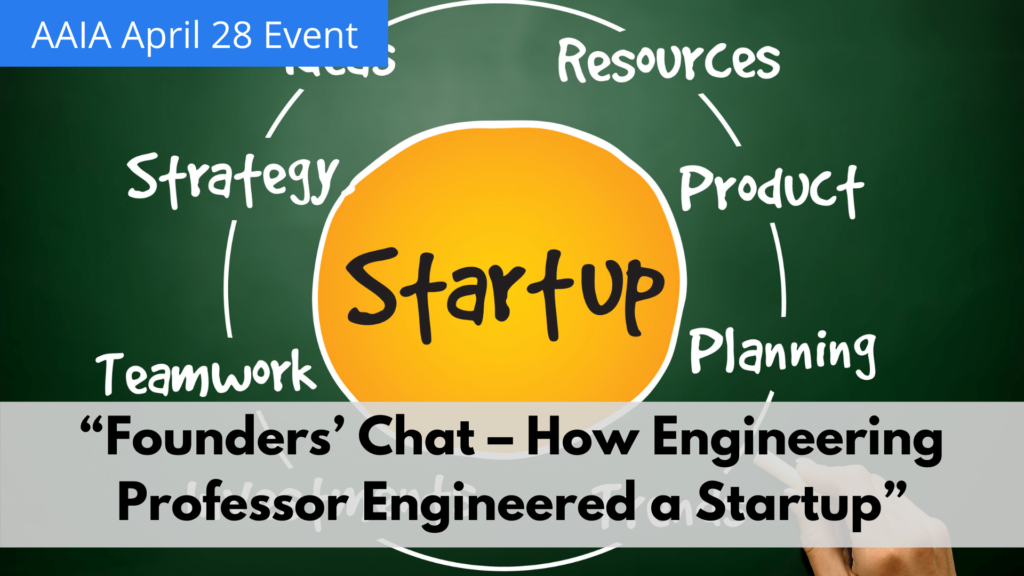 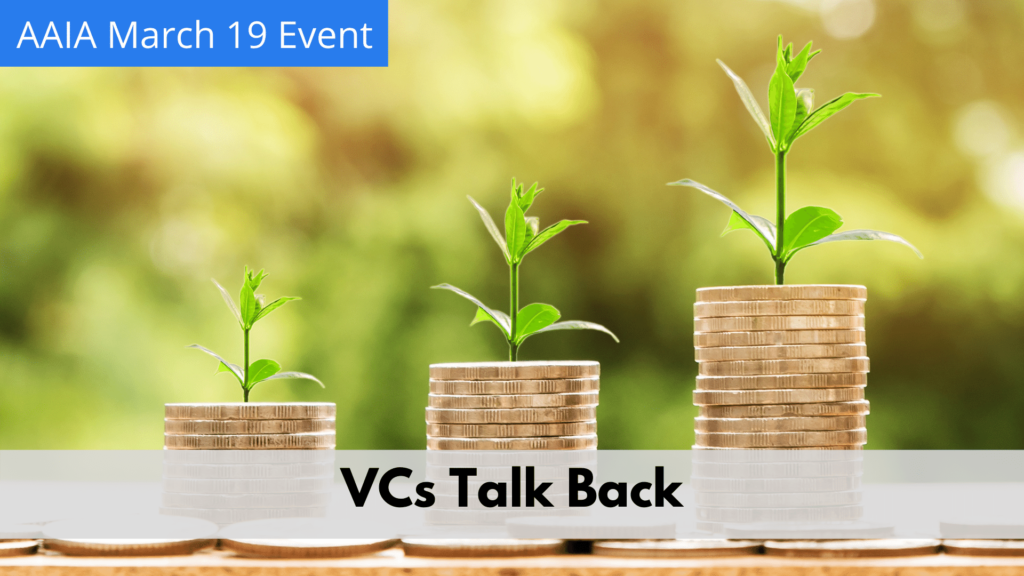 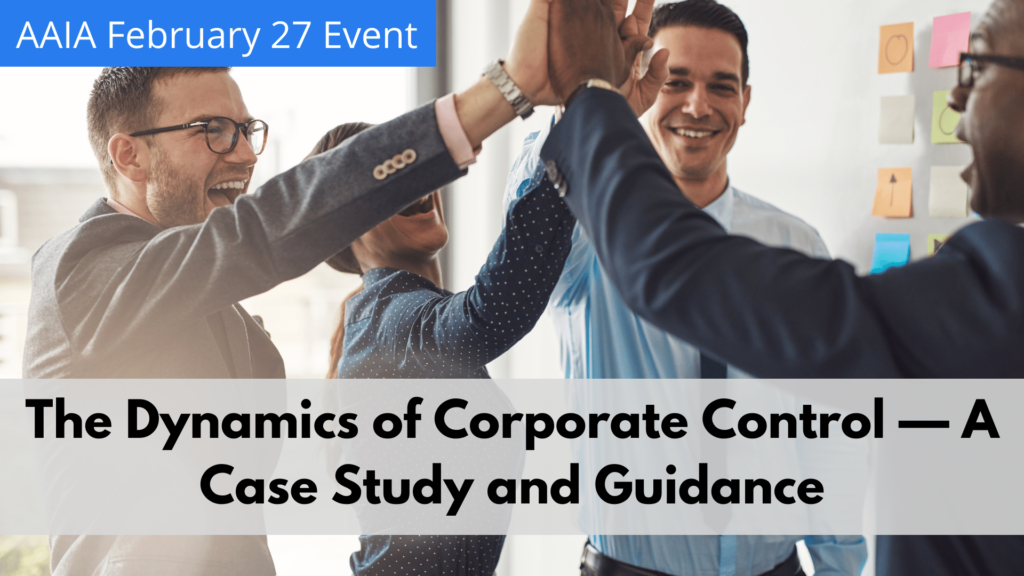 The Dynamics of Corporate Control — A Case Study and Guidance​

On Saturday, February 27th, Asia America Innovation Alliance (AAIA) held its second event of 2021. In this workshop, Shui Luo, a founding member of AAIA and a lawyer at Luo Legal Professional Corporation, took the audience on a deep dive into the dynamics of corporate control and provided practical legal guidance for startup founders……..Read more 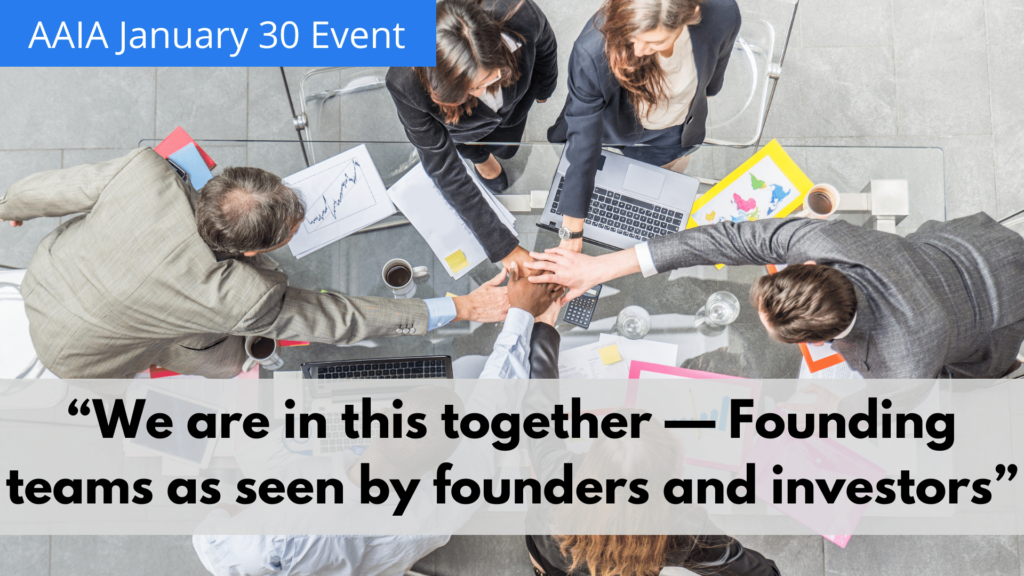 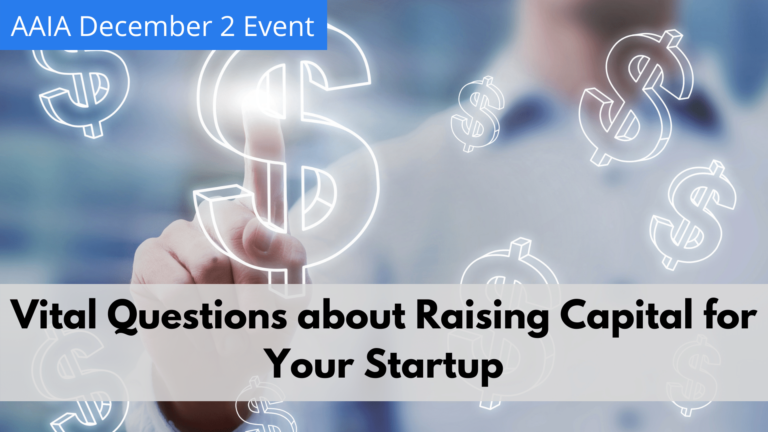 Vital Questions about Raising Capital for Your Startup 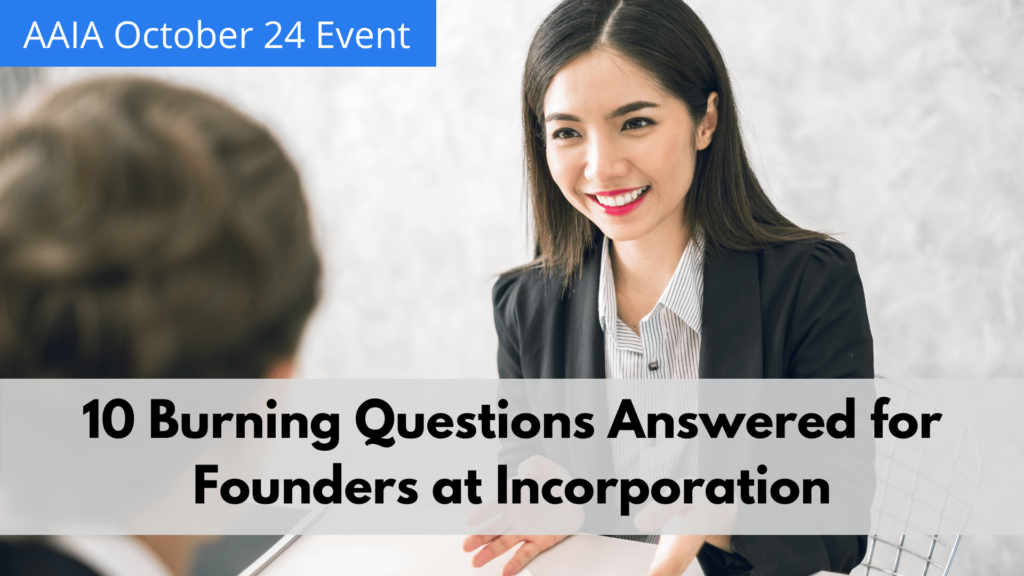 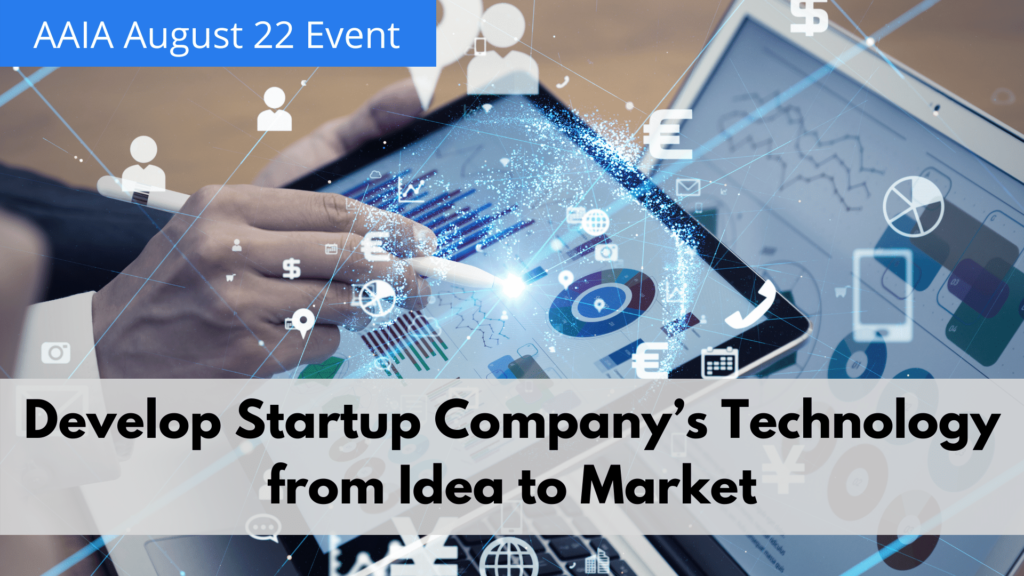 Stay Connected with Us !

If you would like to join our committee team to make our events better, please contact info[at]aaiatech.org

To support us or sponsor us, please contact  sponsor[at]aaiatech.org 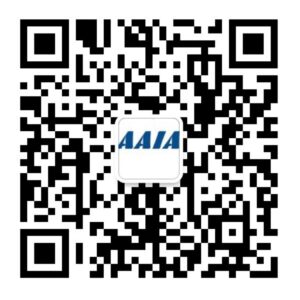