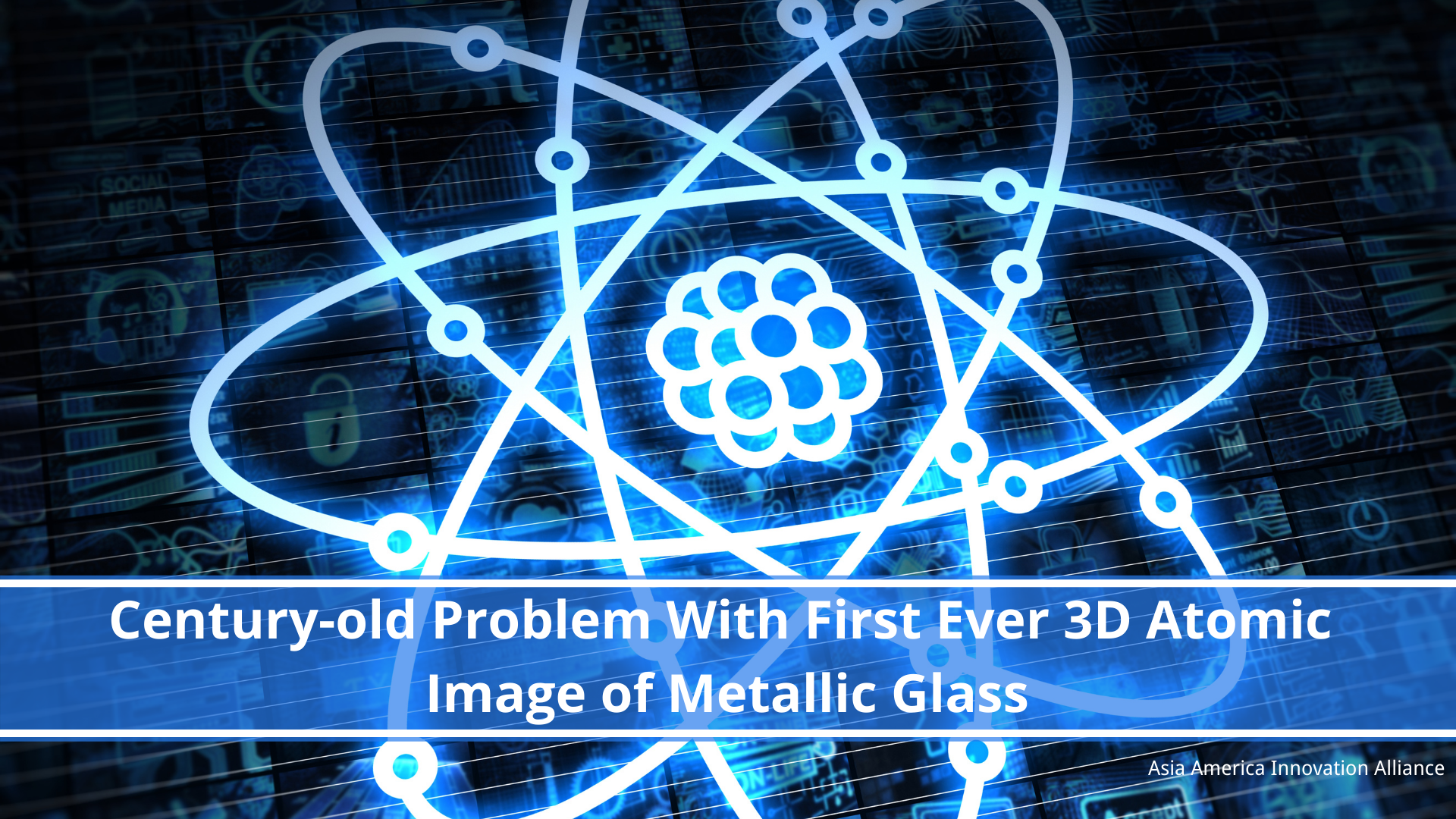 Glass, a non-metal amorphous solid, has been here and there in peoples’ daily life. Despite of its broad applications, glass had been a great challenge for scientists ever since nanoscience and material science started booming with new discoveries back in 1910s. Unlike crystals, another class of matters that has organized and repetitive 3D structures, glass is the “naughty” kid who has shown no signs of behaving at all (being neither rigid nor symmetric). Until March 2021, a UCLA-led research team reported the first-ever 3D atomic structure of an amorphous solid.

Theoretically, if the material and location of every single atom are known, then the physical properties of the material could be predicted (Voyles, 2021). Traditional method for producing 3D images of crystals used atomic electron tomography (AET) where a series of 2D images is produced by passing a beam of electrons through metallic glass sample under variable altering orientations, then they are reconstructed to 3D atomic structure. But due to the nature of glasses, they lack long-range order meaning their atoms are arranged randomly. This phenomenon forced scientists to create a unique method for producing 3D images of amorphous solids. Since every cubic nanometre of a glass has a unique structure, the team had to adopt a different strategy (Voyles, 2021). They used several impressive computational imaging techniques, including image preprocessing and denoising, specifically methods to correct distortions and to reduce Poisson and Gaussian noise. After acquiring 2D images of sample from altering orientations, they followed up a versatile procedure to determine 3D atomic coordinates and refined them (Yang et al., 2021). At the end, they used an advanced iterative RESIRE algorithm to reconstruct the atomically resolved 3D image (Yang et al., 2021). Although the team could not directly trace the element for each atom, they were able to classify eight elements into three groups in which each atom was assigned to (Voyles, 2021).

The result of this complex research project demonstrates the experimental confirmation of metallic glass structure as an amorphous solid and potential new path to produce 3D atomic structure of materials with long-range disorder. Metallic glass is usually both stronger and more flexible than crystals. It is used today in products including electrical casings, surgical pins, laptop components and other electronic devices (NSF, 2021). Understanding the 3D atomic structure of metallic glass grants engineers more choices of materials for a wider range of applications (NSF, 2021). As precedent great advances took place through crystal 3D structure mapping, one can look forward to changes from amorphous solids.

“The Rise of Augmented Reality – its Present and its Future”

Beyond the Cryptopunk – Future Potential Applications of NFTs