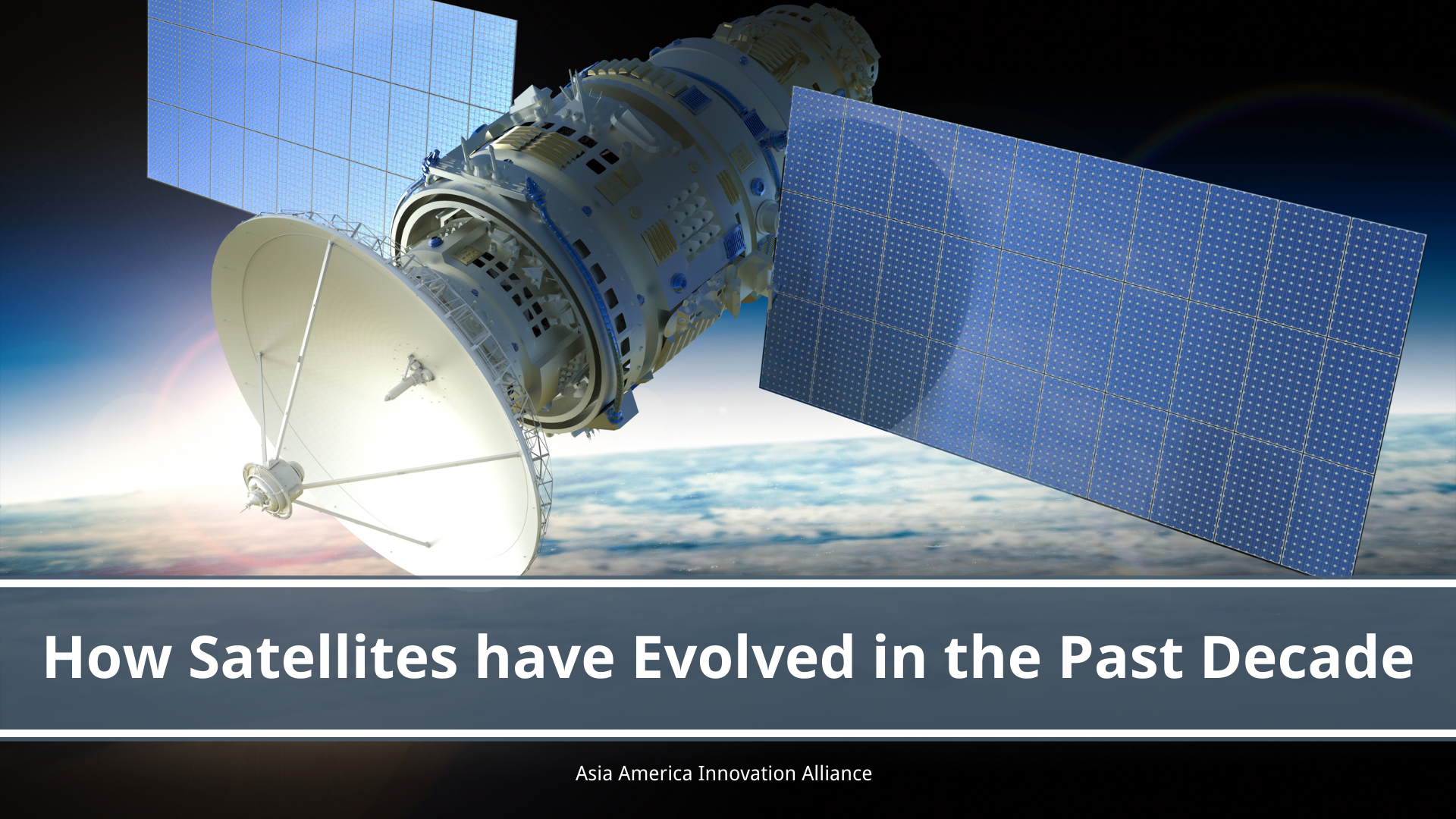 In the past four decades, satellites have been critical to our communication, commerce, GPS and national security. And almost everyone would think satellite business is a key to a country’s development. While there are still large and expensive satellites orbiting around the earth, a new breed of small, highly mobile satellites have been extremely popular right now. These “microsatellites” can weigh less than 50 pounds each, offer greater flexibility, control, and reduce plenty of costs compared to normal satellites when doing simple overflight and reconnaissance tasks. Its functions often include climate monitoring, ocean surveys and navigating itself using GPS signals and sophisticated constellation mapping. (The Editors of The New Atlantis, 2020)

As the transformation in technology progresses, satellites have started to shrink dramatically. Instead of being the size of a truck, costing as much as $400 million, satellites now are often no larger than a microwave or even a loaf of bread which only costs $1 million or less. Moreover, they can be mass-produced in factories. As the size and cost decrease, their numbers have grown dramatically. The number of satellites in operation doubled from 1381 in 2015 to 3371 in 2020. In 2011, there were only 39 satellites launched that weighed less than 1,322 pounds or 600 kg. By 2017, that was 338, and by 2020, as SpaceX began putting up hundreds of its Starlink satellites designed to beam the Internet to rural areas, the number leapt to more than 1,200. This industry is predicted to continue its rapid growth as SpaceX and others put up constellations of thousands of satellites intended to serve areas without access to broadland.(Davenport, 2021)


Compared to a traditional satellite, a nanosatellite(even smaller than a microsatellite) can have the following advantages:

The European Space Agency is leading the way in microsatellite operations with its PROBA program, but they are not alone. Because of the characteristics of small satellites, small countries have begun similar programs. Nigeria and Turkey, not normally known as leaders in the aerospace industry, both recently began such projects, with microsatellites launched from Russia in September; others, including Thailand and Vietnam, may soon do the same. Private companies like SpaceX, AAC Clyde Space, and Planet have all started developing tiny satellites. In the early years of man’s forays into space, the satellite game was a clash of superpowers. Today, smaller nations and private interests are increasingly involved(The Editors of The New Atlantis, 2020)

Davenport, C. (2021, April 11). The revolution in satellite technology means there are swarms of spacecraft no bigger than a loaf of bread in orbit. The Washington Post. Retrieved July 6, 2022, from https://www.washingtonpost.com/technology/2021/04/06/small-satellites-growth-space/

“NFTs-Are Digital Collections an Investment Bubble or an Opportunity?”